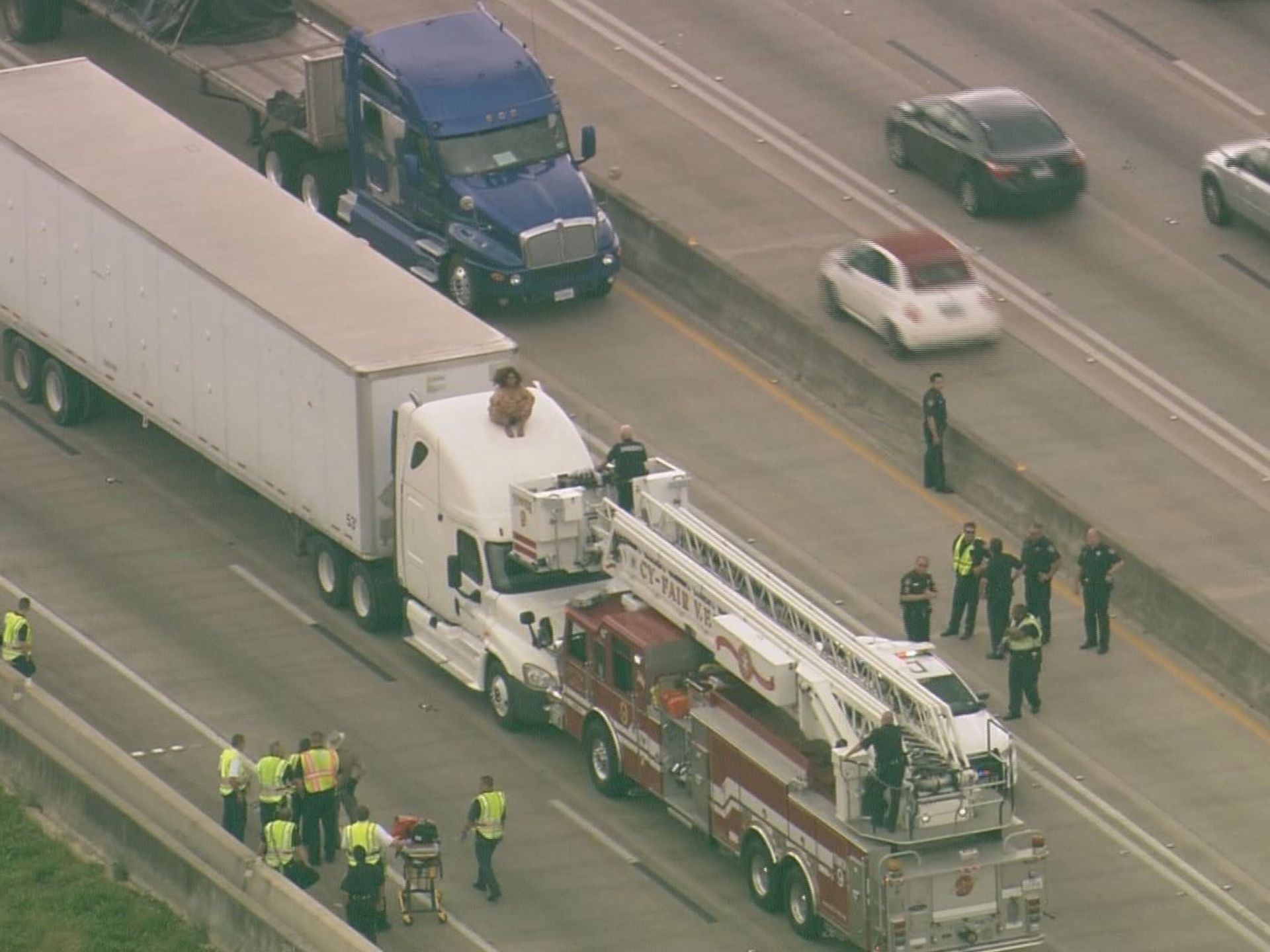 HOUSTON — A naked woman dancing on top of a big rig slowed traffic on a Houston highway for two hours Monday.

Emergency responders were eventually able to coax the woman, who was twerking and gyrating for passing vehicles at the end of the morning rush-hour, down from the top of the 18-wheeler.

The unidentified woman initially refused to budge from her perch on the big rig. Firefighters and police officers, using ladder trucks to reach the woman, finally jumped on top of the truck and wrestled her into handcuffs.

Authorities are not sure why the naked woman was on top of the cab on US-290 westbound.

A truck driver pulled over because of a three-car accident and the woman jumped on top of the truck's cab.

Houston TranStar reports the dancing woman was preceded by a crash involving three vehicles. It's believed the woman was driving one of the wrecked cars, but it's unknown why she decided to climb the big rig and dance.

Traffic was diverted along the stretch of the highway during the incident. Officials detained the woman and did not immediately say whether she would face charges.

The woman was taken to an area hospital for a mental health evaluation.

Check out this dope interview with the eccentric legend.