#LSU Submission: Make the most of your college experience. 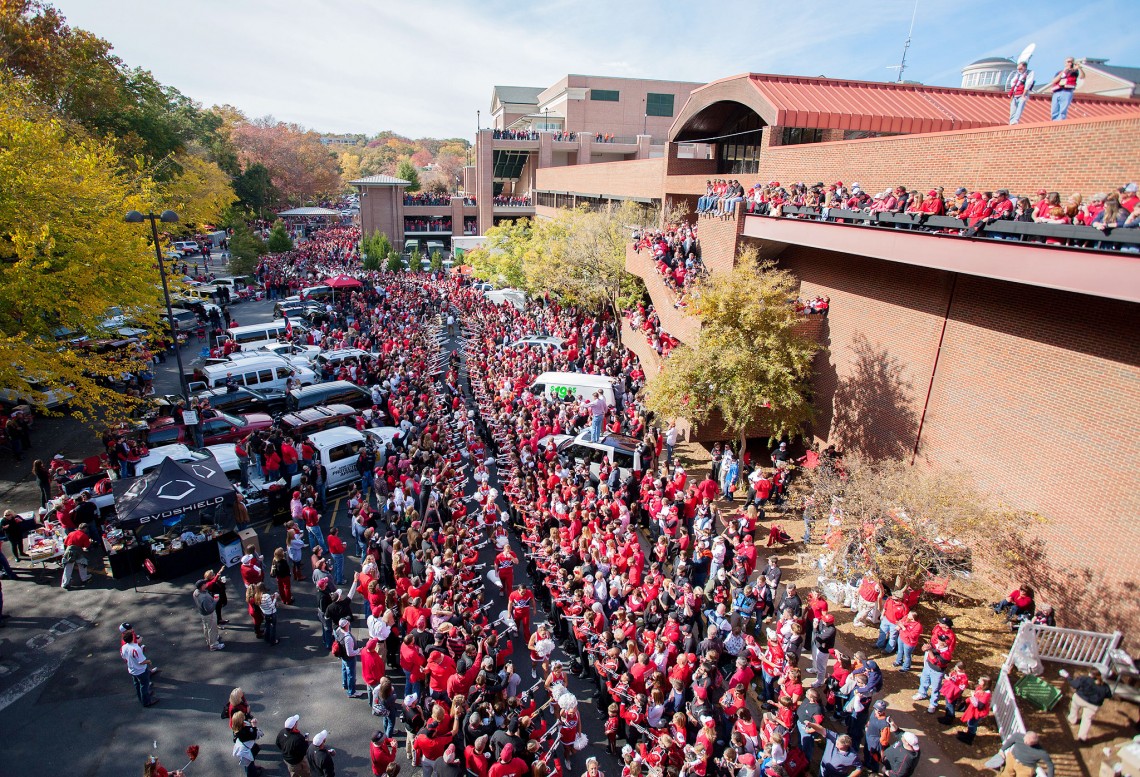 Tit’s Tips for Incoming Freshman: College? Fuhk College! Who am I kidding though. College is the best four to five years of your life. Hell, six if you count my sister. College is the place where you will truly figure out who you are and what your “most likely” going to do for the rest of your life. As an incoming freshman, I had no idea of what to expect which caused for a year slightly less worse than soccer players acting skills. But here I am, still technically a freshman according to credit hours, proudly saying I survived. Here are some tips that could help, maybe not, survive your first year of college.

Orientation: Every school requires the student to participate in an event known as orientation. Orientation is where you tour and learn about where you will be spending the next couple of years of your life. Orientation is an excellent chance for you to learn your way around. However, if you solely depend on orientation to teach you the way around, you’ve most likely already screwed yourself.  Nothing is worse than trying to figure out where your classes are, or even where you are 5 minutes before your first day of class. Your orientation leader is going to give you a lot of helpful and pointless information. It’s your job to realize what’s important, and what’s not. Orientation is great place to meet people. Most schools will put you into a group of around 20 to 30 people who share the same major as you. Talk to people; it’s that simple. Sure, your Instagram is blowing up from your #TBT likes and your staring at your phone pretending to use it even though nothing is even going on. Put the phone down and talk to people. It never hurts to know people and build a good relationship. I’m not saying become best friends with them. I’m saying make conversation, and stop being that kid who is glued to their phone.

Game Days: College football game days are the highlight of your freshman year. From tailgating to being inside the stadium, there is nothing more exhilarating than college game day. Thousands of fans gather to drink, scream, and root on their home team. What more could you ask for than alcohol, football, and beautiful women? That’s right, nothing. However, game day is only as fun as you make it. Here are a few pointers to help you get through and make the most of it. You’re attending the university you’re going to because that’s hopefully where you want to be. Unless you’re like me and got turned down by every school in the Ivy League. Be proud of the university you go to, even if y’all are known to have a pretty suckish program. Every other school in your conference, even the nation; fuhk ’em. It’s your job, as well as mine, to make sure we show opposing teams fans what our university is about. Show them that your university knows how to do game day right. By all means though, make them also know that this is your campus, not theirs. You have to be loud, obnoxious, and make them feel unwelcome while making them feel welcomed at the same time. Sure it’s a bit harder when you’ve been drinking since 7 a.m., but don’t let that change your character. An average game day should consist of waking up at the butt crack of dawn, getting dressed, and hitting the tailgates as soon as possible. Or at least that’s how I was raised. The drinking you might have done before your high school sporting events or at your little house parties is over. The struggle of game day is real. It’s tough but that’s why I’m here to help. Lasting till the game is your number one priority, but don’t let that stop you from looking like an alcoholic version of Kobayashi beforehand. Let’s face it; drinking makes game day better. I understand some of you are still learning to drink and compose yourselves, but it needs to be learned quick.  Some helpful aids to make you last longer are fast food, the “occasional” water bottle that cost you $7 at a vending cart, and just using common sense. Not all of you will last. The one’s that do will enjoy the game and for the one’s who don’t, well you’ll at least have a good story to tell.

Going Out: It’s your freshman year. You might as well accept the fact now you are gonna spend a lot of time and money at the bars. It’s something new. It’s not busted house parties, secretly drinking at your friend’s house, or sneaking a water bottle of flavored vodka into some girls sweet 16 for yourself and five others. You will consume more alcohol this year than probably any other year of your life. Your freshman year is the easiest year and it’s the perfect excuse to get drunk every chance possible. Every college town has a bar scene. Whether you go to State, or some division II hole in the wall, their will always be bars nearby. Knowing how to communicate with people at a bar is key. I understand it’s difficult because the music is loud and you just took four lemon drop shots, but you have to learn. Being yourself at the bar is important, but sometimes being a little different can help. Sure, you can talk about your major and how school is going, but that’s boring and can lead to a very short conversation. Being able to talk about more than just school is great quality to have. Try to talk about things the other person wants to hear. Usually the conversation is more about what a girl wants to hear than the guy, but that’s just how life works. Having conversations with a one minute break after every question usually means you killed the conversation. A good conversation starts with a good beginning. Bad decisions and regretful nights are bound to happen. If you try to avoid them, you will either: A) Not have as enjoyable of a night, or B) make things 100 times worse. I know from experience as well as everyone that has come before you and I. If it’s meant to happen, it’s going to happen. Bars are going to have nights like free drinks, 50 cent shots , and Penny Pitchers. HOLY SHIT, THAT SOUNDS AWESOME RIGHT? Yeah it’s fun and all, but those are usually the nights with the greatest chance of something bad happening. There will be fights, cheating on your high school sweetheart, and starting more shit than any Real Housewives episode. It’s your job to settle things out and make things right again.   It doesn’t end at the bar though. Sometimes the after scene is just as good as the bar scene. Whether it’s continuing the party in the secrecy of your dorm room, or eating food considered unsuitable for the stray dogs in your town, it usually ends up being a good time. It all depends on the company you keep really.

The School Part of College: College is only fun if you can stay in. Flunking out after your first semester is the worse possible situation. In order to make it through without moving back home or transferring to your local community college, you need to have your priorities straight. If you don’t put  school first than your bound to fail. One of the best attributes you can have coming into college is the ability to separate your school life from your social life. You’re not in high school anymore. You’re in college without mommy and daddy to guide you every step of the way. Sure, your on your own and your so independent it’s almost not real. Yeah that’s not how it works. For most of y’all out there, your parents are paying your way through college, even if it is only your tuition. You’ve been provided the opportunity to better yourself and your education at the cost of others. Don’t be the screwup to flunk out after one semester after your parents spent their hard-earned money on you. Almost every university provides you with enough resources that, if used right we could probably solve world peace. It’s your job to utilize and take advantage of every resource available. With all that said and done, don’t take this lightly. Seriously, I worked hard on this to help you out and would greatly appreciate it if tried to apply this to your freshman year. To end it off, here’s a couple of extra tips from me to you.