How to Become the Jumbotron Celebrity

#LSU Submission: Tips on how you can create that memorable moment. 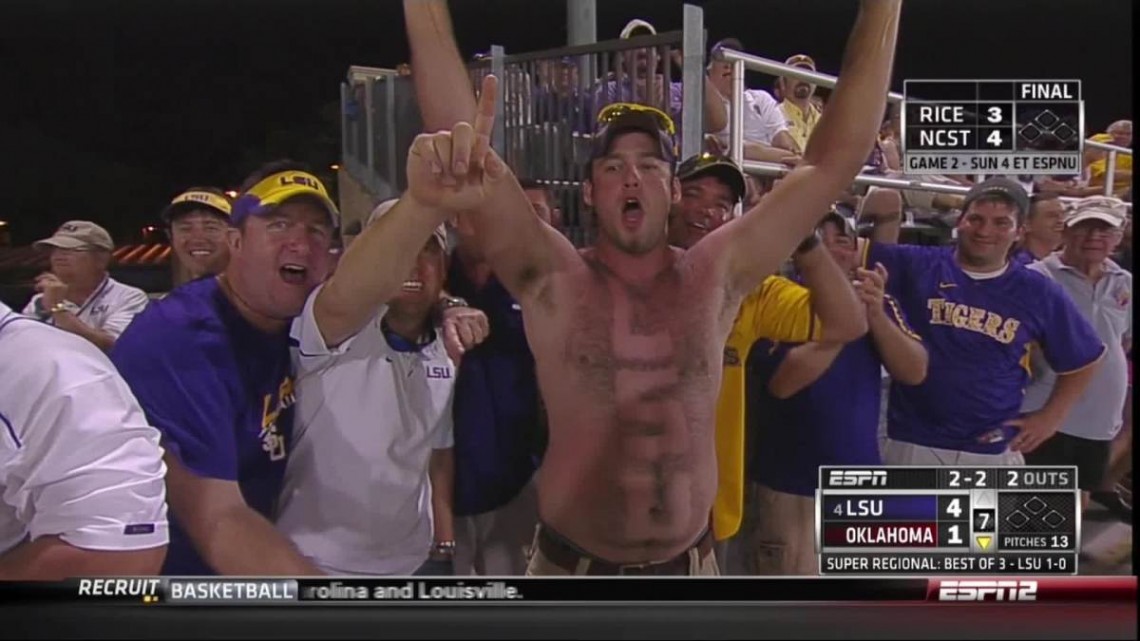 The fan experience at major sporting events is an important factor that team’s marketers look at to keep fans coming to the games. One way they do this is by having the camera crew show fans on the big screen. It’s always awesome to look up at the jumbotron and see someone that looks just like you, only to realize that is actually you up there. Everyone’s faces light up for about 5 seconds, soon followed by a barrage of text messages saying “Hey! I saw you on the jumbotron!” Yeah. It’s cool. Whether it’s because you’re the tool with no sleeves flexing during the muscle cam, or making out with your girlfriend in the nosebleeds during the kiss cam, you got to score some TV time. I’ve learned that instead of just putting your hands up in the air, or looking like an idiot trying to find the camera, there are some better things you can do to make your big screen appearance a little bigger.

Almost every school has their unique hand gesture. But this isn’t enough for what I’m talking about. Have you ever seen that guy that is too big to walk through doors at the gym and he runs out of his pre-workout? Get that pumped. Get as fired up as you can, and get the crowd on their fucking feet. To get an idea of how we show pride as LSU Tigers, watch the video below.

This one is mostly for the ladies, but the guys can do it too. It is also the easiest one you can do. Dance like a fool accordingly to the music playing. If you’ve got a banger playing, twerk. If it’s a country song, act a fool and dance like you just married your cousin. Unless if you’re from bumfuck Alabama. Then there is no acting. Whatever it is, dance, and look like you’re having a good time. Because you are, aren’t you?

Yup. I said it. This one is done by licking both pointer fingers, followed by rubbing your nipples in a counter-clockwise movement. A sensual or funny face is preferred but usually optional. You might not get back on the screen after this move, but it’ll give thousands of people a good laugh.

If you’re standing in the concourse or in your seat and notice yourself getting filmed, don’t hesitate. Pretend as if you’re hitting a button on an elevator, and slowly squat out of the shot. This move is witty, and should give the crowd a good laugh.

If nothing else, chug your drink

There’s nothing more embarrassing than getting on camera while you’re trying to enjoy your beer, and suddenly spill like a baby getting spoon-fed. Stand up, chug your beer as fast as you can, and act like you own the place. Don’t worry about looking like a douche when you do this. If people think that, then your team’s fans probably don’t know how to have a good time.

Keep one of these in your back pocket for next time you’re on the big screen. It’ll get the crowd on their feet, and it’ll make those moments a little more memorable.